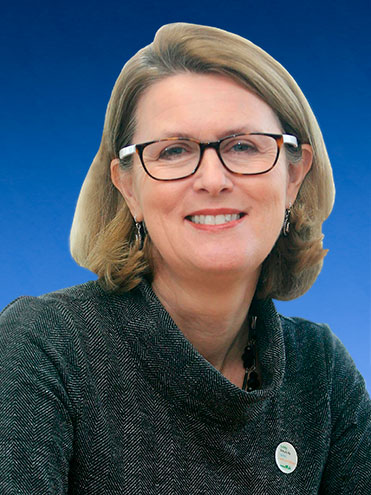 Suzanne Lowe Download full resolution image
Suzanne Lowe is vice president and general manager, United Kingdom, Ireland, Israel and Italy, at Air Products. She is responsible for driving the strategy and profitability of the company’s Industrial Gases and Electronics businesses in these countries.

Ms. Lowe joined Air Products in 1987 as a participant in the company’s Career Development Program. She held numerous leadership positions, both commercial and operational, throughout her 32 years in the industrial gases business. Her broad experience spans all core businesses, with key roles in Merchant Gases, Electronics and Tonnage Gases.

After joining Air Products’ Homecare Division as global operations director in 2010, Ms. Lowe moved with the business when it was divested in 2012. She returned to Air Products in 2019 as vice president and general manager, United Kingdom, Ireland, Israel and Italy. During her career, Ms. Lowe has held international assignments in the Middle East, Spain and Germany.

Ms. Lowe is a physics graduate from Liverpool University.