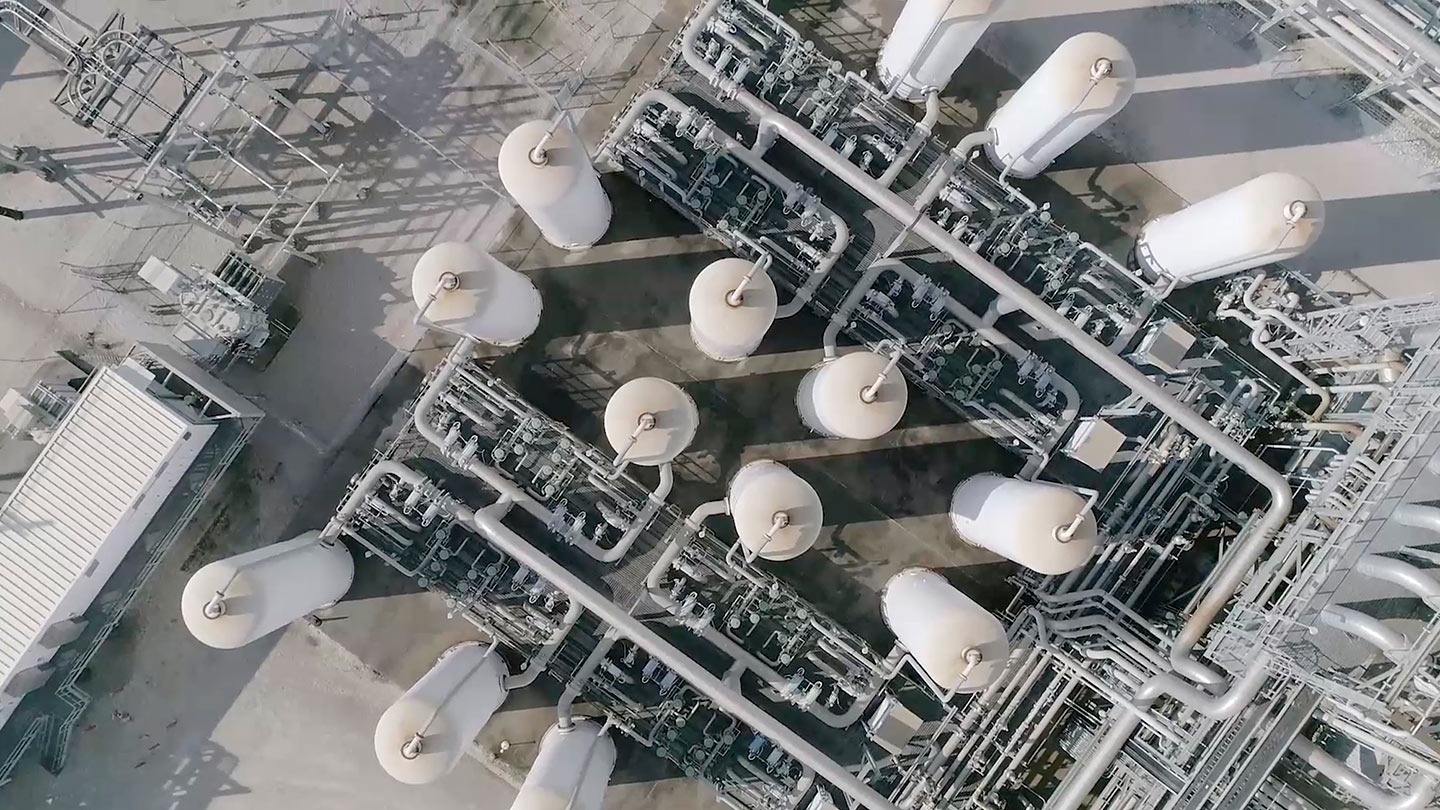 With our core strengths as a leading industrial gases company and a culture of product innovation, Air Products is the global leader in creating technology solutions for capturing CO₂ from fossil fuel conversion before it reaches the atmosphere—key to Carbon Capture and Sequestration (CCS). Our view spans all fossil fuels from natural gas to coal, using reforming, gasification, and oxyfuel combustion. Our technology is informed by operational experience gained at many facilities that already separate, purify and transport CO₂ from natural gas reforming, management of syngas from gasification, and oxyfuel combustion in markets such as steel and glass. Our technology in development offers lower cost of capturing CO₂ and builds on more than 70 years' experience implementing advanced separation technology.

We see significant opportunities to capture CO₂ from gasifiers and hydrogen plants for use in sequestration, enhanced oil recovery, and utilization. We have the experience and technology strengths to innovate solutions that help address this urgent environmental issue of our world.

Air Products has designed and constructed a large-scale system to capture carbon dioxide (CO₂) from our two steam methane reformers located within the Valero Refinery in Port Arthur, Texas. The recovered and purified CO₂ is delivered by pipeline to Denbury Onshore for use in their enhanced oil recovery operations.

Described by the Department of Energy as a milestone in its Industrial Carbon Capture and Storage program, this unprecedented achievement, which uses an Air Products innovative technology, is the first-of-its-kind operating at such a large scale, and has not been accomplished anywhere else in the U.S.

Since 2014, our technology for carbon capture and sequestration at our Port Arthur facility has captured over five million metric tons of CO₂ that would have otherwise been emitted into the environment.

The currently favored technology for capturing CO₂ from gasification processes is to selectively separate H₂S and CO₂ from "shifted" syngas, usually in a physical solvent adsorption process. We have substantial operational experience with these technologies in the U.S. and globally, however, Air Products is also exploring an alternative CO₂ capture option that capitalizes on our years of experience in the design and operation of H₂ pressure swing adsorption (PSA) systems associated with our steam reformers. The novel PSA technology in development processes sour syngas, potentially removing the need for additional acid-gas removal units. This simplified process has the potential to offer faster throughput and lower capital expense.

Demonstration of oxyfuel sour compression technology at Doosan Power Systems’ facility in Renfrew, Scotland, as part of the Oxycoal-UK Project

Pilot of CO₂ purification system at a boiler simulation facility in Windsor, CT, in cooperation with DOE

Unlock the Potential of Clean Energy.

We are developing innovative solutions to address key technical hurdles in CO₂ capture. Learn more about our latest advancements.